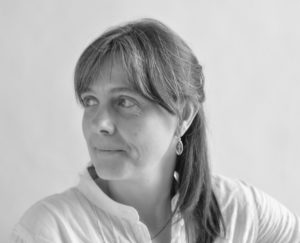 Isabel was born in Catalonia, Spain, and trained as a musician in Europe and North America. She obtained her Diploma in Willems Music Education in France, followed by the completion of her Master’s Degree in Music Education from Laval University in Quebec. Isabel studied conducting with Manel Cabero in Catalonia, Dr. James Jordan of Westminster College, Rider University, and with Noel Edison and the Elora Festival Singers. Her education and experience have established her as an accomplished and reputed conductor and music educator.

In Toronto, Isabel has conducted two community choirs (Common Thread: Community Chorus of Toronto and Settlement Community Choir) and a chamber choir (The Jubilate Singers). She has also taught music at Sheridan College and in the Haliburton School of The Arts of Fleming College. She has participated in several choir events and workshops as guest conductor, including CAMMAC, where she often brings her love for World music. She was awarded an honourable mention at The 2006 Leslie Bell Prize for Choral Conducting, granted by the Ontario Arts Council.

Isabel speaks several languages and is familiar with classical and folk music traditions from many cultures. A strong believer that music should be accessible to everyone, she has conducted several choirs with a wide range of singing experiences as part of her lifelong involvement in community projects promoting education and music. 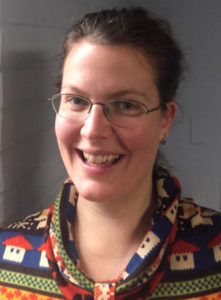 Susanne enjoys the many facets of her musical life including pianist, composer, conductor, church musician, singer, and teacher. She is originally from Hamilton, Ont. where she completed the Applied Music Diploma at Mohawk College and her ARCT in piano performance. While working on her B.Mus in Composition at McGill University, she was commissioned to write a short piece for the OSM. Her studies brought her back to Ontario where she finished an MA in composition at York University. Since then she has been active as a dance accompanist at Pegasus Studios, Randolph Academy of the Arts, Ballet Jorgen, and George Brown College. She started the ‘Comfort Choir,’ that sings weekly at the bedsides of patients in the Palliative Care ward at Toronto East General Hospital. Her duo, Houndbelly, perform their original songs in local clubs. Susanne is the Music Director at Neighbourhood UU Congregation in Leslieville where she leads the choir, band, and monthly chant evenings. 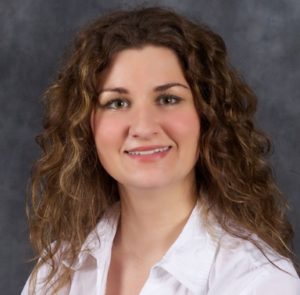 Leanne holds an honours undergraduate music degree from Brock University where she studied piano, voice and conducting. She has also earned a Master’s of Music in Performance (Choral Conducting) from the University of Toronto. Here, she studied under one of North America’s most revered choral conductors and pedagogues, Dr. Hilary Apfelstadt. Leanne enjoyed serving as Assistant Conductor of the University of Toronto Women’s Chorus and was also the recipient of the Elmer Isler Graduate Fellowship in Choral Conducting. She has experience working with choirs of all ages and voicings and has served as music director of two churches. Additionally, she has served as assistant conductor to the Toronto Concert Orchestra. Leanne is passionate about teaching having taught piano and voice for over a decade to students of all ages. Currently, she is thrilled to be conducting the Common Thread Children’s Chorus! Leanne also works as both administrator and assistant conductor for Common Thread Chorus and conducts Alamus at Ryerson University.

Sherry Squires graduated with B. Mus. And B. Mus. Ed. From Memorial University and has gone on to a varied and fulfilling career. While in Newfoundland she taught private piano lessons, as well as elementary and secondary school, and was sought after as an accompanist and coach. In 1986, she moved to Toronto where has she worked as an accompanist, organist, teacher, vocal coach, music director for community theatre and conductor of a staff choir for the Bayer Company. In 1987, she started teaching at St. Christopher House, now known as West Neighbourhood House, a social service agency serving the west end of downtown Toronto where she taught piano, theory, a pre-school music program, and conducted a multi-language seniors choir, a children’s choir and the adult community choir, Toronto Song Lovers. Since 1998, she coordinates the music programs at West Neighbourhood House and continues to conduct the Toronto Song Lovers. She also has been the accompanist for the Jubilate Singers choir since 1986 and is founding member, arranger and music director for Daughters of the Rock, an a cappella trio of women whose mandate is to bring the folk music of Newfoundland to those outside the province. 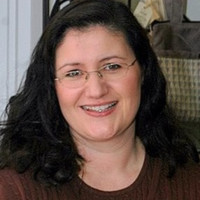 Join us for our winter/spring term (January to May 2021).  If you are interested in singing with us, fill out the form on the “Sing With Us” tab and we will get back to you.

Now you can donate to Common Thread through CanadaHelps.org! All donations will receive a charitable receipt.